awwwww people on the internetz care about me ♥

So, I am touched. I just got a message from someone who’s glad seeing me posting stuff again here and on takeover.beta, as I made it quite public I struggle with depression. So I began answering and then thought I’d answer right here, because long! and in case someone else worries, too.

Image: At night. Outlined person on a hill shouting „It’s All About Me!“ (Me Me Me Me Me).
Found via a great article by Jai Farris on why writing for yourself is actually a pretty good idea, Me….Me….Me…Me….ME! Thanks for the reminder. From time to time, I get trapped into thinking otherwise. 🙂

Yeah, spot on with the depression-caused pauses. But only partly, or maybe not in the way you’d think.

Partly it’s also that I started to study last fall (computer sciences). I love it, I missed some of the stuff soo much, it takes away a whole lot of anxiety issues and makes me feel good about myself. That is, only for that part of the time where I actually get to feel stuff, because work work work. And apart from those times when i break down completely and wonder how I ever thought I could be good enough for this, being, you know, not one of the guys. Whis is way too often. So, incredibly hard work, in addition to still having to work my job. So 4 days out of 7 I tend to just drop into my bed and watch tv series in my free time. (on 2 more days i work until 2 am and don’t have time for anything – on the last day I go out with friends and drink because fuck you 😀 )

It’s like I don’t even have time for depression, apart from yeah no, the symptoms just change. So then when I have holidays, like the last two weeks, I shut everything out and take care of myself. Which usually means people feeling neglected because I play video games 15 hours a day, read books and hang around on soup for 2 weeks, don’t really want to see anyone and never call back. So for other people this usually looks like a bad sign because no one can see me. But really it’s usually a good sign (or rather, a sign that the last couple weeks/ months were really bad), because most of the time it’s me being alone, taking care and getting better.

Also I tend to overuse and consequently get stressed by social media. So it turns out I usually only use one or two sites at a time – like, twitter’s great for one, two weeks at a time, then it’s just too much to keep up, and i shift to Soup because you know, baby hedgehogs! Then I return to tumblr because I feel like reading tumblrish stuff, and so on. I’ve been on facebook quite constantly during the last year, though, and post most of the stuff publicly, too, so you can always check there if you’re worried 😉 But no promises, either.

Also, obviously, I’m involved in a lot of terrible political arguments online, and some of the time there’s just no way I can stand it any longer, so I react by a) depression, b) taking care, baby hegdehogs, you know. All of the above.

And sometimes? Sometimes I’m just far away from the internet.

So – as I said. I’m touched, and I’m happy you people care (and I *mean* care, not the creepy shit that some people call “care”. And yeah, I can tell the difference.). Here’s a piece of my life for you 🙂 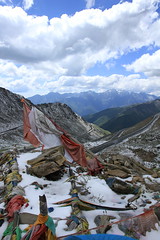